Share this on social:
Think about it. You have a gadget (a phone, a gaming console, a laptop, and etc.) you’re about to sell, because it has of no use for you anymore; probably because you got a new and upgraded model or perhaps you just really need an extra cash.

Now you realized it’s extremely awful selling the gadget somewhere in the internet, like in some buy and sell forums, bombarded by mixed and unorganized categories. The scenario even become worst that your ad posting is not visible in the threads anymore because it has been pushed down to the last page by non-stop bumps from competitors. Your last resort then would be a dedicated buy and sell marketplace in which you can sell your gadget easily and fast. 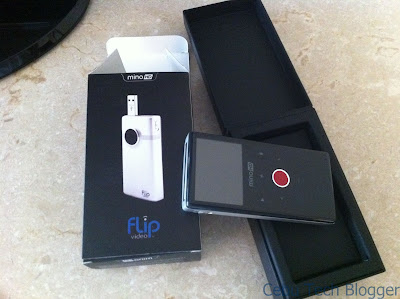 I got a Flip Mino HD last year, a cool portable HD camcorder which I used to record videos mostly in unexpected moments. Such gadget was incredibly cool that it won’t require you to use 3rd party video editing software due to its good quality when you upload it to your computer. But time comes I realized I don’t need it anymore, though I really valued its worth since it was a gift from a friend. Nonetheless, I decided to sell it online anyway through AyosDito.ph – just another player in the country for online classified ads. 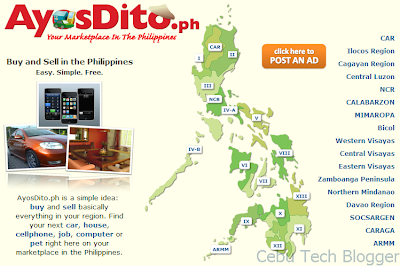 Here in the Philippines, AyosDito.ph is not a new name anymore, proven by its wide audience (both seller and buyer) as well as its traffic rank in the country. And as an internet-savvy kiddo, there’s no reason I wouldn’t try selling items through the site. 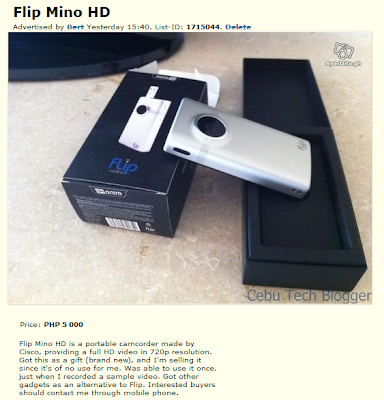 I posted my own ad for Flip Mino HD using a single detailed photo of the gadget, plus the details required in the 1-2-3 ad posting process. Of course I left a contact number for a faster transaction, and guess what – hours after I confirmed the auto-generated verification link sent to my email after posting the ad, I got an SMS message from a potential buyer of the Flip. Interesting! 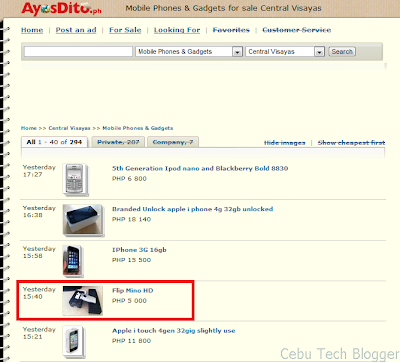 If you’ll ask me why or that would make sense if you’ll ask how- it’s because I only posted the ad targeting potential buyers in the Central Visayas region. Basically, a buyer will find the latest “for sale” items on his vicinity, be it an expensive computer accessories, cheap laptops, or any gadgets of his interest. Because of how the ad listing is organized and categorized, your ads definitely have a potential of being sold in no time. Plus, there’s the social feature on every ad listing that will gain your ad more exposure to social networking sites.

Based on experience, I’m actually thinking selling gadgets online through AyosDito.ph is as easy as uploading photos to Facebook. But I’d prefer the first one, perhaps you already knew why. Don’t you? And oh, by the way, don’t search for the Flip Mino HD in the site – it had been sold already. Thanks to the functionality built into the site that will allow users to delete posted ad when the item is already sold.

How about you, have you tried selling items through AyosDito.ph? How about buying? Please do share your views.

MacBook Air 2011 in Philippines: Where to Buy?