Share this on social:
Smart Communications has already taken off the wraps of its exclusive phone, the Netphone 701, which was first unveiled at the Mobile World Congress in Barcelona early this year. 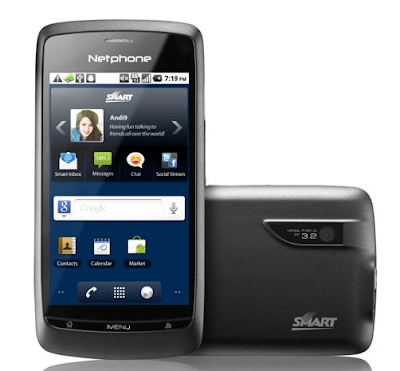 At first glance you would think of the Netphone as yet just another smartphone rocking Android OS, but it’s not. More than just Android, the Netphone brings unique features you’ll only see on this handset at least for the time being. One distinct feature is the SmartNet, in which according to SMART is “a suite of applications that works closely with the Smart Network which makes using the services easier than ever”. 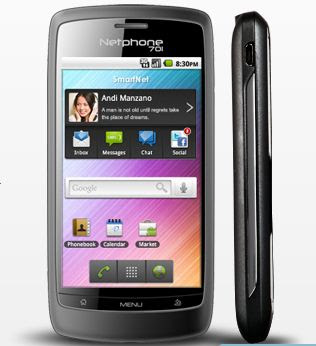 There’s also a Netphone Messenger which undoubtedly works similar with that of RIM’s BlackBerry Messenger. Of course, for socially-inclined users, there’s the Social Stream which combines Facebook and Twitter accounts in Netphone’s own MyGroups social network.

The SMART Netphone is available both in Prepaid and Postpaid plans. Prepaid kit is priced at Php 9,990. 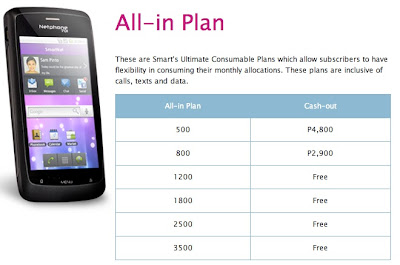 The phone comes free starting at Plan 1200. Check out this link for more details on Plans and Subscriptions. SMART says Netphone 701 units will be available in all Smart Stores and Smart Wireless Centers on September 10, and it will introduce more Netphone services and phone models, soon.

To receive latest technology updates, you can subscribe either by E-mail or by RSS Feeds. Follow me also on Twitter.
Tags: Android, Local Telco, Local Telco, Netphone, Smart Communications

Smart Bro Surf TV – What You Need to Know