Two weeks ago, I posted about the Smartbro Plan 999 Review.
It was not a speedtest review, though- it was just a sort of short comparison between smartbro canopy type, the smartbro prepaid plug-it, and the experience with Globe Broadband.

But if you are interested of applying for Smartbro Plan 999 and a bit worried about the speed, you can take this speedtest review into consideration whether to choose Smartbro internet or the other internet service such that of Globe or Bayan Broadband.

I’ll not be talking here about how to hack smartbro, but just an honest ISP review. So, here we go. The Plan 999 I’m talking is the canopy type, not the share-it. I’ll make a separate review for that. The speedtest was taken in Cebu, particularly in Lapu-lapu area. I used two types of web browsers, the Google Chrome and Mozilla Firefox and I used both Speedtest.net and SKY Broadband services. All the necessary factors when performing the speed test were put into consideration such as clearing the DNS resolver cache, closing programs that utilize internet, and etc. It was done just to get a reasonable speedtest results.

These are the proofs of the smartbro speed test: 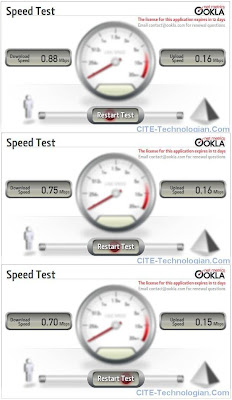 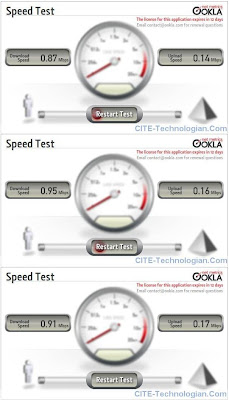 SKY Broadband speed test result using Google Chrome, server located in Makati City
These are the results for the speed test using Speedtest.net. The browser used was Mozilla Firefox, and the server is Metro Manila, and Makati City. 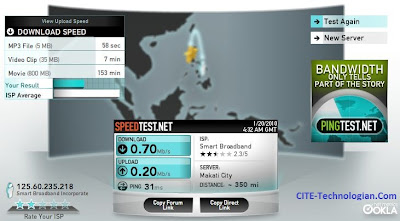 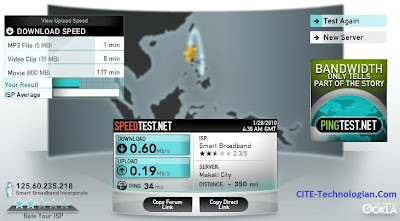 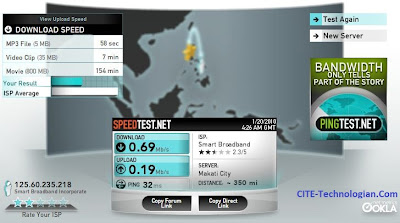 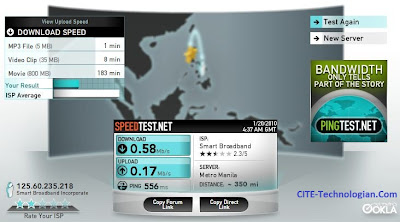 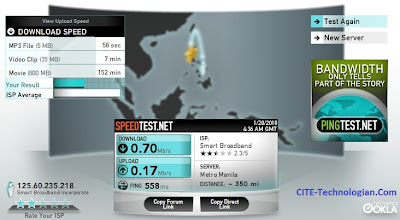 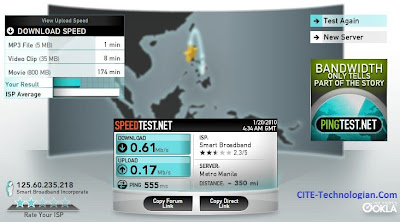 These are the results for the speed test using Speedtest.net. The browser used was Google Chrome, and the server is Metro Manila, and Makati City. 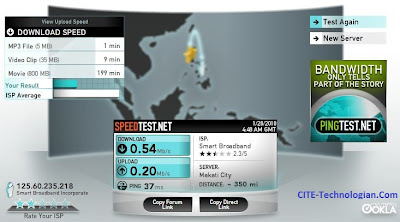 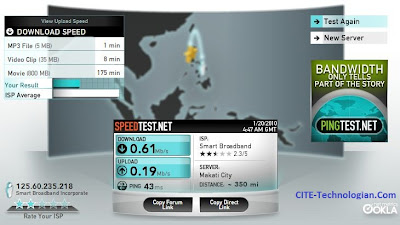 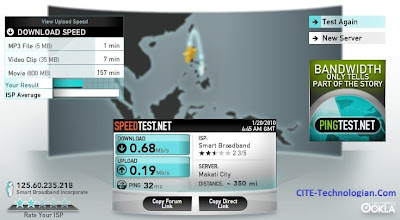 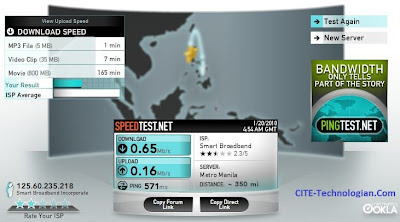 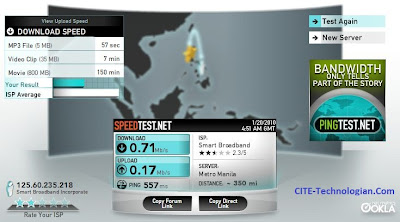 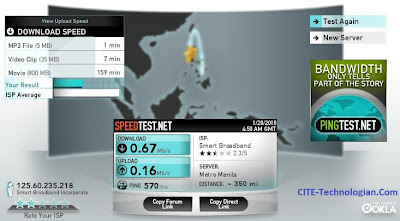 To summarize these data, using Speedtest.net- the average download speed for the two browsers is 653kbps from the Metro Manila server or 636kbps from the Makati City server. The average upload speed is 166kbps to the Metro Manila server or 193kbps to the Makati server. The ping results varied according to the location of the servers.
For the SKY Broadband results, the average download speed from the Makati server using Firefox is 776kbps or 910kbps using Chrome. The upload speed to the Makati City server using both Firefox and Chrome is 156kbps.
The speedtest results varies according to your location. I repeat, these results were taken in Cebu, particularly in Lapu-lapu area. For two weeks of using this NEW internet connection, I can say that I’m getting the reasonable internet speed. I can stream and browse with multiple tabs normally, but when I am downloading or uploading files, it’s a different story. By the way, if you love playing online games- the GG Client works fine in this type of Smartbro internet connection.
If you like this post and want to receive updates about Smartbro or other ISP services, you can subscribe either by E-mail or by RSS Feeds. Follow me also on Twitter.
Tags: Local Telco, Smart Communications, Tech News

“Here You Have”- Virus on Email?

Gionee officially Launched the Elife E7 “Made for Shooting” smartphone in Cebu!