Share this on social:
While pushing minor system software update to PS3 devices, Sony Computer Entertainment Inc. unveiled yesterday its next generation portable gaming console codenamed NGP.
The NGP is what we first learned as the PSP 2, a refresh to the early models of popular Sony PSP launched back in late 2004 in Japan and in the early quarter of 2005 in Western countries.

The Next Generation Portable or NGP is powered by an ARM Cortex A9 (4 core) processor, together with the SGX543MP4+ GPU. It features a 5-inch multi-touch organic LED at the front display, and a capacitive multi-touch pad on the rear of the device. Unlike the first-gen, this handheld console now has dual analog sticks, has two cameras (front and rear), 3 motion sensors, gyroscope, accelerometer, electronic compass, and support for 3G connectivity. 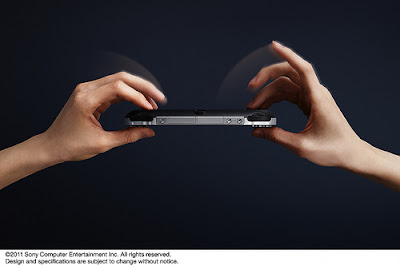 Of course there’s still the Wi-Fi capability for a better experience on the PSN which will have an added new features like “LiveArea”, a place to share fun and excitement with other players; “Activity”, logs in which NGP users can check other players’ activity on the same game title; and “Near”, a location-based application that will allow users to find out what games are being played in the same vicinity (thanks to its built-in GPS and Wi-Fi location service support).

The NGP will debut at the end of this year, probably mid-December if Sony follows similar roadmap with the first-gen PSP. Interesting!

To receive latest technology updates, you can subscribe either by E-mail or by RSS Feeds. Follow me also on Twitter.
Tags: Next+Generation+Portable, PlayStation, Sony Philippines, Sony+NGP