We got an interesting news here folks. The National Telecommunications Commission (NTC) conducted a network benchmark tests just recently and the study showed which telco truly offers high quality service to its subscribers. The benchmarks, which include Grade of Service, Drop Call Rate, Call Set Up Time, Average Signal Quality, and Average Receive Signal Level from both Globe Telecom and Smart Communications, are all compared against NTC Cellular Mobile Telephone System (CMTS) standards.

In a nutshell, the results showed that Globe Telecom beats Smart, specifically on “Grade of Service” benchmark as the former scored nearly 4.45% while Smart was rated at 9.95%. NTC’s standard for Grade of Service is set at 4%, which means Globe is close to hitting that target.

Except for the Average Receive Signal Level, both telcos performed within the acceptable level of the other 3 standards. Interestingly enough, this includes the Drop Call Rate benchmark in which Globe and Smart was rated at parity. Such result made Globe Telecom confident into saying that “the results belie the claims made by Smart in its multi-million negative advertising campaigns pointing out drop calls and difficulty in making calls within the Globe legacy network.

END_OF_DOCUMENT_TOKEN_TO_BE_REPLACED

Digitel is the Philippines’ second largest fixed-line telecommunication company and owns the country’s third largest mobile telco, Digitel Mobile Philippines or more popular as Sun Cellular. The planned acquisition of PLDT over Digitel (originally a subsidiary of JG Summit Holdings Inc.) which is an “all-share transaction” first broke the news in March, which raised concerns from consumers for possible substantial market dominance leading to cutthroat competition. 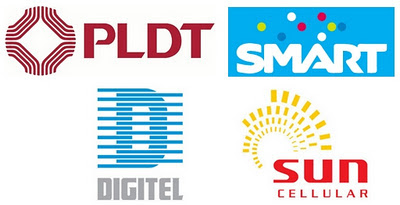 Now that the acquisition of Digitel is official, that makes the Pangilinan-led telecom giant the owner of Sun Cellular. And that means Smart Communications and Sun Cellular are merged to beat the Ayala-led Globe Telecom in mobile/cellular telephony and broadband services. END_OF_DOCUMENT_TOKEN_TO_BE_REPLACED

I saw this news in national television last night. The National Telecommunications Commission (NTC) wants the country’s Telcos to lower interconnection charges for both SMS and call services. The proposal…