Share this on social:
Now, this story is getting more interesting; at least for us Pinoy techies who care most for broadband services offered by our very own Globe Telecom.

After reading Globe Telecom’s official statement yesterday regarding the Tonino Lamborghini trademark issue, we thought Globe is holding all the aces after the accusation as the telco is said to legally obtained authorization to use the name and logo Tonino Lamborghini, through an agreement with Primo Mobile, a tech company headquartered in Singapore who develop and market mobile devices under the prestigious Lamborghini brand. As our initial conclusion, Primo Mobile might just have failed to inform Tonino Lamborghini SRL that its trademark and logo have been sub-licensed to Globe Telecom for its new 4G (HSPA+) broadband stick. 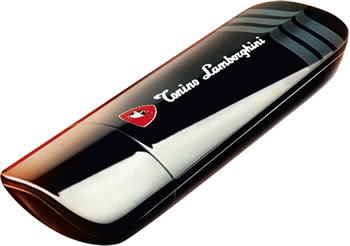 But no, something is wrong with the agreement between Globe Telecom and Primo Mobile.

In a statement released by Tonino Lamborghini SRL:

Now it appears quite clear based on the above statement that Primo Mobile kept Globe Telecom in the dark vis-à-vis its current situation with Tonino Lamborghini SRL.

As of this writing, however, Primo Mobile’s website still claims the company as an Official Licensee of Tonino Lamborghini.

Primo Mobile has not released an official public statement yet. Or are they?

The question I have in mind at this moment though is, what will happen to the branding of Globe’s 4G broadband stick that it got a serious trademark infringement, even if it’s not the telco’s fault? Leave your thoughts in the comment section below.

Hat tip to you, Sir Jim!

To receive latest technology updates, you can subscribe either by E-mail or by RSS Feeds. Follow me also on Twitter.
Tags: Globe Telecom, Local Telco, Primo+Mobile, Tech News, Tonino+Lamborghini

Apple’s iPhone 6 Reported to Lock Down on a 4.8 inch Screen, Analysts says