“If the press talks about it long enough and demanded for it hard enough, it eventually comes true” – this is according to the President and CEO of Verizon Wireless, Lowell McAdam. 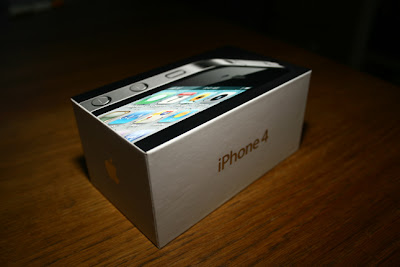 I was following the press conference of Verizon Wireless earlier today, and it’s not going to be a big surprise (after non-stop leaks and rumors) that the largest wireless carrier in the US, together with Apple, finally launched the CDMA version of iPhone 4. Verizon Wireless customers can pre-order the device starting February 3rd, while it will be available on the network February 10th, just of the same SRP with that of AT&T: $199.99 for the 16GB model and $299.99 for the 32GB model, with 2-year contract.

For the sake of those who are confused why I’m talking about Verizon Wireless and AT&T here giving the fact that both are US carriers, simply because it’s not impossible that SMART Communications or any other Telcos in the country would also close a deal with Apple, putting an end to Globe Telecom’s iPhone exclusivity. I’m not saying though that Globe Telecom offers poor service to its iPhone subscribers, at least based on my own personal experience they are doing great. But needless to say, having competing carriers would benefit end-users, eh?

Back to Verizon iPhone announcement, it would somehow end the hype, and that millions of Verizon Wireless’ subscribers can now avail of the iPhone 4. Some thought there would be some changes on the device, and well there are few.

The Verizon iPhone 4 still has the same hardware specs with the first iPhone 4 models that came out, except that there’s an additional antenna break on the upper-right side of the device and the original antenna break beside the 3.5mm audio jack has been moved to the upper-left.

Technically, the new antenna design is needed for Verizon’s CDMA network; but it still unverified if it also fixes the death grip, the problem which causes the phone signal to significantly drop.

The new Verizon iPhone 4 has a feature called Personal Hotspot which allows users to share the phone’s internet connection over Wi-Fi or popularly called as Wi-Fi Tethering. Originally, the first iPhone 4 only supports tethering through Bluetooth and USB connections, and now there’s the Wi-Fi. Basically, Personal Hotspot works like the app called MyWi, which is only available to jailbroken devices – so it’s not really something new.

The much anticipated 4G support didn’t come to reality, at least for Verizon’s iPhone 4. Even though Verizon utilizes its LTE network which is traditionally faster than 3G, the technology used by AT&T, the Verizon iPhone 4 is still a 3G device. That means until today, there’s no 4G iPhone yet. Could it be the iPhone 5? I’d bet. One important thing to note also with Verizon’s iPhone 4 is it doesn’t come with simultaneous use of voice and data over its CDMA network. That means you won’t be able to surf the internet when you receive or make a call.

The question now is there would be any other carrier here in the Philippines which will follow Verizon Wireless? We don’t know. But that’s most likely to happen, as long as there’s a better deal from Apple. What do you think?