You can watch the take-off of space shuttle Endeavor live on the web from the Kennedy Space Center in Florida.
The online streaming of launching Endeavor is available live via Nasa TV this coming Monday, Feb. 8.

The Managers have scheduled officially the space shuttle Endeavour’s next launch attempt for Monday, Feb. 8 at 4:14 a.m. EST. 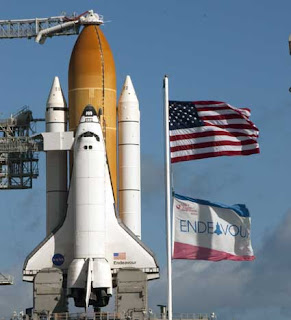