Share this on social:
Now that the release of White iPhone 4 tomorrow is more than just imminent, I’m sure some of loyal Filipino CTB readers would ask about the pricing and availability of the phone here in the Philippines. 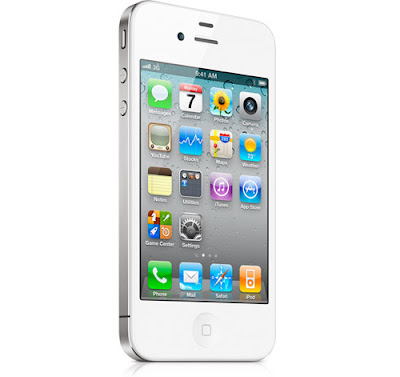 Though we can expect grey markets can take their hands on the device ahead of Globe Telecom, the country’s official iPhone carrier, it’s not really a big question how much the Albino flavor would be priced compared to its black counterpart.

Globe Telecom prices for the black version of the iPhone 4 started at Php 37,499 for the 16GB and Php 43,699 for the 32GB. Both 16GB and 32GB versions are free under Plan 3799 and Plan 5000, respectively. And since both white and black iPhone 4 have the same specs and features, and nothing really changed inside rather than just the skin of the phone – we can expect Globe prices for White iPhone 4 to be just the same as the original ones.

The main concern really is the availability. We can recall that the original iPhone 4 started shipping in the US and other selected European countries in June 24 last year; and just less than 2 months later, Globe Telecom started accepting pre-orders of the device. On September 26th of the same year, Globe then launched the iPhone 4 here in the country – 3 months to be exact from the US release.

If Apple and Globe Telecom follow the same release roadmap of the black iPhone 4, then we can expect the White iPhone 4 to land here late July this year. But IMHO, that’s too much longer to wait and that won’t make sense. And given that the number of iPhone users here in the country continues to grow – my wild guess is that the White iPhone 4 will be available here in the Philippines later next month or early June. There’s one thing I’m sure about, though. The White iPhone 4 will come in the right purse. Not just an old black iPhone 3G bag. Perhaps, a new white bag with “iPhone 4” in the label. Am I right, Globe?

Who knows there’s even a better surprise? Of course it’s only Apple and Globe Telecom who can tell. Surely we’ll try to uncover that, so just stay tuned!

To receive latest technology updates, you can subscribe either by E-mail or by RSS Feeds. Follow me also on Twitter.
Tags: Apple Philippines, iPhone 4, White iPhone 4

This Red Samsung Galaxy S4 La Fleur is for Ladies and Fashionistas! Coming in White as well by March