Share this on social:
A fan at iPhone Philippines Facebook page asked if Siri will work in the Philippines once the much anticipated iPhone 4S lands in the country. 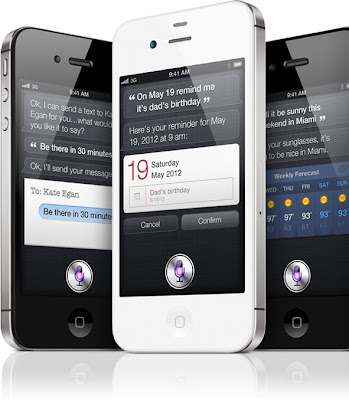 Well, this is certainly not an absurd question giving the fact that Siri just become even more popular with the launch of iPhone 4S and you probably haven’t heard about it when it was still a downloadable application from Apple App Store. That’s why I understand while we are waiting for the official launch of iPhone 4S here in the Philippines, some would be in doubt if that “deal-breaker” Siri feature will work seamlessly as expected.

Before I answer that question, allow me to show first the video below so you’ll learn a bit about Siri.

So, that’s Siri. An intelligent personal assistant you’ve never seen before in any phone.

Now back to the question if Siri will work here in the Philippines, the answer is YES! It’s exclusively available on iPhone 4S just yet and only support selected languages specifically English (US, UK, Australia, Canada), French, and German. Apple says it plans to add more languages in 2012 including Japanese, Chinese, Korean, Italian, and Spanish. Basically that means you can actually use Siri in other countries as long as you speak to it in any of those languages; in fact, according to Siri’s FAQ page:

Siri can be enabled in any country, and you can choose to speak to it in English, French, or German. However, Siri is designed to recognize the specific accents and dialects of the supported countries listed above. Since every language has its own accents and dialects, the accuracy rate will be higher for native speakers.

Siri may not fully work however, particularly if you ask for something that will utilize web apps and location-based services — for example if you’re looking for a local restaurant here in the Philippines. But that doesn’t exactly mean it would always be the same until Siri is out on beta stage. That being said, for any other queries to Siri which will make use of built-in apps on iPhone 4S like Phone and Contacts, Music, Mail, Messages, Calendar, Reminders, Notes, Weather, Stocks, Clock, and etc. – I believe you’re really going to have a flawless conversation with such personal assistant!

Play Angry Birds in Your Chrome Browser, for FREE!