Share this on social:
This may not be the entire Windows Phone 7 OS ported to Apple iOS (I don’t even think it’s possible) – but having just a theme that can be installed on your iPhone and iPod Touch devices is something you could imagine and feel how is it playing on the Windows Phone 7 intuitive interface.

Yes, the very first Windows Phone 7 theme for iPhone and iPod Touch started to show up and guess what? It’s incredibly awesome as it brings Live tiles and application lists, and several features including Start Menu customization. We only got few details for now, but the good thing is we got some screenshots how it looks in your iPhone and iPod Touch. 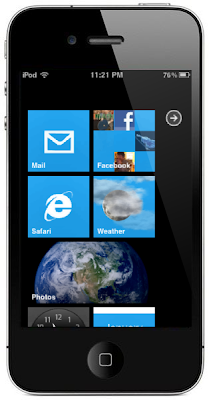 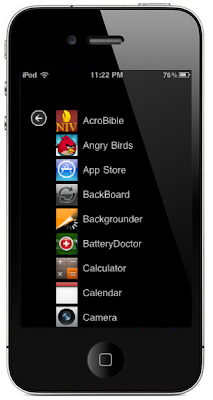 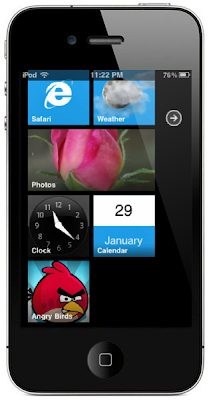 More amazement from the demo video after the break…

The official release of Windows Phone 7 theme for iPhone and iPod Touch is not yet available for download, but the creator who’s currently polling for the price, already posted a public Beta for you to try. If you want to participate, head over to the forum via this link.

And oh, I guess we have to say “hi” to HTC 7 Surround, HD7, and of course Trophy and Mozart. No, it won’t beat the full experience on the Windows Phone 7 handsets. Really… J

RIM (Research in Motion) Renamed the Company as “BlackBerry”