The long wait is over. More than five months since it was unveiled, Microsoft’s Kinect for Xbox 360 is now available for purchase at several online retailers. 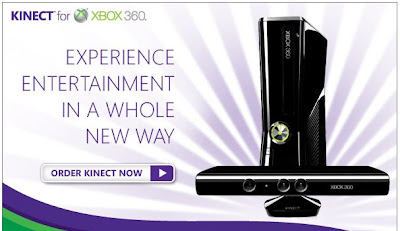 With this new device, you don’t need to have any additional gadgets or wear extra controllers. You can now play with your Xbox 360 through interacting with the UI using gestures, voice commands, or object recognition. See Kinect for Xbox 360 in action after the break.

Kinect for Xbox 360 is available for order at Amazon store as well as other online retailers. Prices starts at $150 for Kinect alone with Kinect Adventures game. See links below for bundled prices.

Note that the first launch (today) is only available in North America. Europe will have it on November 10th, Australia, New Zealand, and Singapore on November 18th, and Japan on November 20th. So, are you buying?

Nokia Corporation to be Renamed as Microsoft Mobile Oy

A Brief Tour of Symbian^3 on Nokia N8