Do you happen to have Xbox 360 gaming console? If you do, then truly are among the trendiest youngsters of your town.
Xbox 360, which basically is a machine to play games and watch media files on, has become quite like a status symbol. Every youngster wants to own because of two obvious reasons. First reason to buy Xbox 360 gaming console may be the fact that it is actually a full-on entertainment machine and second may be that it has become a trend and if one wants to stay in the crowd he should have the trendiest possessions. 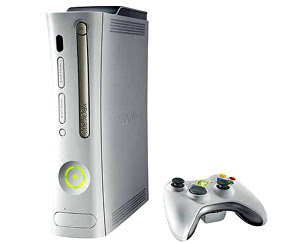 When you have everything that is needed then you should be sure of one thing – maintenance. Maintenance is actually very much important, in case of any type of machine. It is quite better to go spend some of your time and money in maintaining the Xbox rather than going for the Xbox repair.

Xbox 360 like every machine has to undergo some procedures with time. It also has to deal with the wear and tear like all the machines. In addition to the wear and tear, there are some factors that affect the functioning of the gaming console. Basically, Xbox 360 is sort of cursed with a manufacturing fault. The gaming console which is made by the Microsoft Company has no internal space for the air to pass through. The internal components are put together so close that the air gets stuck and the overheating takes place. This overheating leads to many problems with your Xbox 360.

Overheating actually becomes the root of many problems. It leads to system hang ups and many other problems. There are many Xbox 360 repair articles that can be found on internet on the same topic. These articles are mostly written by professionals and in the light of these articles you can actually gain a lot of help.

These articles may tell you how you should take care of your gaming console and how you should prevent the overheating from happening. The tips may include keeping the console in some airy place and taking breaks while playing. These and many more tips can be found easily on the internet that always helps a lot in preventing overheating. As it is better to be safe than sorry, so you should go for the prevention as it is far better than the cure!

Nokia Corporation to be Renamed as Microsoft Mobile Oy